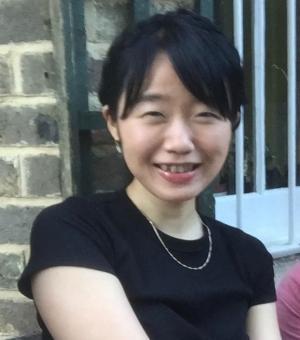 Eiko’s DPhil research examines the life and work of the Buddhist naturalist and polymath Minakata Kumagusu (1867-1941) who specialised in the ontology and biology of the microbial species slime mould, in the contexts of the late 19th to early 20th century America, Britain, and Japan. Her primary interest lies in the process of truth-making that lies in the intellectual history of subjectivity and ecological nature, and how it defies the conventional divides and hierarchies among nations, class, gender, and academic disciplines. In effect, she investigates the relevance of such histories to the practice of knowledge today, particularly in placing ecological concerns at the core of Humanities research and education. Her academic research agenda for Japanese Studies received the Grand Prize for the Toshiba International Foundation's competition on the subject (2019).

Her recent publications include "Knowledge without Supremacy: Japanese Studies in the Face of Global Ecological Crisis" for the Toshiba International Foundation 30th Anniversary Competition (2019), a book review on "Japanese Environmental Philosophy (2017, Oxford University Press)" in European Journal of Japanese Philosophy (2018), "Political Ecology of Art and Architecture in Japan: 100 Years Ago and Now" in Journal of Contemporary Chinese Art's special edition on the Political Ecology in East Asia (2016), “’Planetary’ Knowledge? Moving Beyond Internationalism” in 5: Designing Media Ecology: The Anthropocene and Our Post-natural Future (Tokyo, 2016) and a chapter “On Atomic Subjectivity” in The Nuclear Culture Source Book (London, 2016). Eiko actively collaborates with her colleagues at Oxford and beyond to develop new modes of knowledge-making in the face of planetary crisis. She has been a core planning member of the Climate Crisis Thinking in the Humanities and Social Sciences (2019-present), co-founded the Oxford Environmental History Network at the Centre for Global History (2018), and co-organised the international PG and ECR workshop “Ecologies of Knowledge and Practice: Japanese Studies and the Environmental Humanities” at St Antony’s College, Oxford (2017). Additionally, she serves as the member of the steering committee for the Diversifying STEM Curriculum Project at the Mathematical, Physical, and Life Sciences Division, University of Oxford (2020-present). Her research has been supported by the Toshiba International Foundation, Japan Foundation and the Endowment Committee, GB Sasakawa, Oxford Sasakawa, British Association for Japanese Studies, and Sir Richard Stapley Educational Trust among many others.

Prior to DPhil, Eiko worked as a curator and writer of contemporary art and ideas in London, specialising in transdisciplinary projects of art, science, and technologies in the context of Anglo-Asian historical relations. She was awarded the prestigious Agency for Cultural Affairs curatorial fellowship by the Japanese government (2013-2016) for her to developed various public exhibition and education programmes on the topic. She continues to take part in public engagement work as an academic. The recent PE ranges from BBC Radio 3's Free Thinking, a documentary by the NHK World, to a local radio programme in countryside Japan and participation to public talk events at alternative cultural platforms, galleries, and a national think-tank.