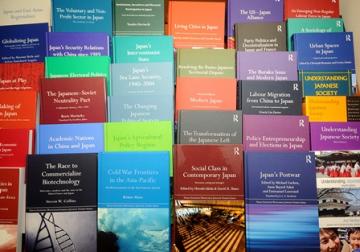 Since the 1980s the Institute has been responsible for the publication of two series about Japan. The Nissan Institute/Routledge Japanese Studies Series began in 1986 and now has published very nearly 100 volumes making it the largest single series of academic work on Japan anywhere in the world. Many volumes are now available in paperback editions.  The most recent additions to the series include: Gittle Marianne Hansen, “Femininity, Self-harm and Eating Disorders in Japan”; Emma Cook, “Reconstructing Adult Masculinities”; “The Democratic Party of Japan in Power: Challenges and Failures: Challenges and Failures”, edited by Yoichi Funabashi and Koichi Nakano, translated by Kate Dunlop.

On the 19th May 2017 the Institute held an event to celebrate the launch of the 100th volume in the series “Life Course, Happiness and Well-being in Japan” edited by Barbara Holthus and Wolfram Manzenreiter.  The event was also attended by Nobusuke Tokura, Senior Vice President of Nissan Technical Centre Europe, Nissan Motor Co., Ltd. 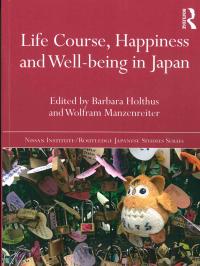